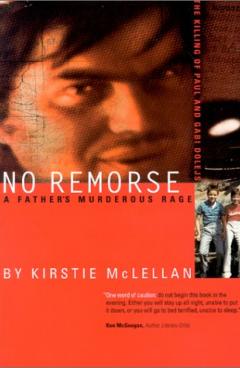 No Remorse: A Father's Murderous Rage

Liba Delojs had successfully risen against many daunting odds. A bright, athletic girl, Liba left behind an unpromising life in Czechoslavakia and an abusive mother and her younger sister in 1969. Liba, then 20, was chafing under years of oppression and maternal abuse and the rigid border patrols in post-WWII Czechoslavakia. She seizes the first chance to leave the country, seeking asylum in Norway with a touring group. She marries the man she travels with so as to declare citizenship in her new country. Shortly after arriving in Canada, the marriage falls apart. As Liba beomes fluent and proficient in English and her trade, drafting, her first husband becomes more possessive and controlling. Liba leaves him by moving in with friends. It is there that she meets her second husband, Alois Delojs, Jr., another immigrant from her home country. In time, the pair marry. Their first child, Paul, was born 4/10/74 and daughter Gabriela was born 7/24/76. Alois ("Al") becomes abusive to Liba, beating and berating her and trying to impose a house arrest upon her.

Paul and Gabi were extremely bright, verbal, loving and protective of Liba. The brother and sister bonded immediately; it is truly heartwarming to read of how the pair loved each other and played easily and naturally together. They both appeared to have wisdom and maturity far beyond their young years. Both read early and were bilingual in Czech and English.

This tragic story underscores how ill equipped the legal system was in affording protection to families in need. The saddest part was the deaths of two innocent, loving children and their mother's major losses.